South African design law includes a number of peculiarities presenting opportunities for protection that are not available elsewhere, but that also require careful consideration to ensure that suitable protection is obtained in each case.

There is currently no examination of design applications, with the result that deficiencies in the applications are not identified during the prosecution process and the design proprietor has to rely on filing the attorney’s advice to avoid invalidity of the design registration.

Some of the peculiarities of South African design law that require particular attention (and that are frequently applied incorrectly) are the distinction between “aesthetic” and “functional”, the exclusion of design protection for “spare parts” and protection of multiple articles as a “set of articles”.

Very few design matters proceed to hearings in the High Court, but each of the attorneys in our firm have been involved in the enforcement of design rights, whether representing proprietors or parties challenging design rights and we apply our enforcement experience when advising clients on filing design applications. 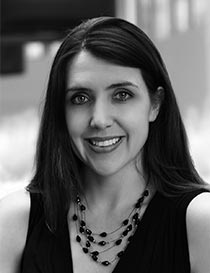 Vanessa joined Brian Bacon Inc. in 2008, and shortly thereafter registered as a patent attorney, focusing on the filing and prosecution of patent and design applications in South Africa and abroad in a variety of technology fields, but mostly focusing on biotechnology. Her work gradually diversified to include all aspects of intellectual property advice, including trade mark filing, prosecution and litigation in South African and abroad.

In 2010 Vanessa took over the management of the firm’s trade mark practice, and with the assistance of her experienced support team, administers several large trade mark portfolios for local and international clients. 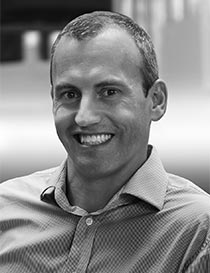 Colin attends to a variety of IP related services, including litigation, but focuses primarily on the drafting, filing and prosecution of patent and design matters in South Africa and abroad. He has experience in drafting and prosecuting applications in various technical fields including mechanical devices, packaging, mining and construction, medical devices, pharmaceutics, polymer processing, process engineering and automation, electronics and information technology.

After obtaining his mechanical engineering degree in 1993, Colin worked as an engineer in the process and petrochemical industries, while studying law part-time, until he commenced his articles of clerkship at Adams & Adams, another South African intellectual property law firm and was admitted as an attorney in 1998 and registered as a patent attorney in 2001 and became a partner of the firm.

In 2005, Colin joined Brian Bacon Inc. and still focused mainly on patent drafting and prosecution, but also diversified his practice further to include commercial drafting work and patent and trade mark litigation in South Africa.

Subsequently, Brian Bacon Inc. has grown to the extent that allowed him to focus more on the drafting and prosecution of patent applications in South Africa and abroad. His extensive track record in this regard has allowed him to gain experience in wide ranging technical fields and also in patent prosecution strategies. 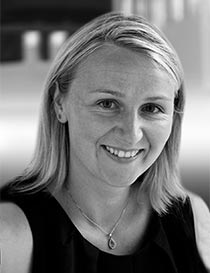 After completion of her articles of clerkship she was admitted as an attorney in March 2002 and as a conveyancer in September 2003. From January 2003 she was employed as an associate and conveyancer of a sole proprietorship.

Judi specializes in litigation, conveyancing and other property matters. She is a director of both Hayes Inc and Themis Commercial Legal Advisors (Pty) Ltd. 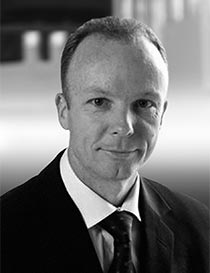 Upon his return to South Africa, he commenced his articles of clerkship with Hofmeyr Herbstein Gihwala Inc in 1998 and was admitted as an attorney of the High Court of South Africa in 2000. Riaan became a director of Hofmeyr Herbstein Gihwala Inc during 2006 and remained a director after the firm merged with Cliffe Dekker Inc to become Cliffe Dekker Hofmeyr Inc.

Riaan joined as a director of both Hayes Incorporated and Themis Commercial Legal Advisors (Pty) Ltd in 2011 where he specialises in commercial and property-related litigation. He has specialised knowledge of town and land use planning matters and lease disputes.

During his career, Riaan has furnished legal advice to financial service providers, parastatals, insurance companies, government institutions and numerous corporations, including national public companies.Jeanelize specialises in legal matters of a commercial nature and holds a Higher Diploma in Income Tax from the University of Cape Town. She is a director of both Themis Commercial Legal Advisors (Pty) Ltd and Hayes Inc.

Fouché completed his BCom (Law) degree in 2007 majoring in financial accounting, and an LLB degree in 2009, at Stellenbosch University. He completed his articles at Hayes Inc, was admitted as an attorney in 2012 and has right of appearance in the High Court.

Fouché is one of our senior litigation attorneys and specialises in corporate commercial litigation. He is experienced in complex commercial dispute resolution in various fields, including: property disputes (including home owners’ association and body corporate disputes); construction law; intellectual property disputes; liquidations and business rescue; enforcement of security; and various other general and specific contractual disputes. With his experience and background, Fouché has a pragmatic and commercially sensible approach when advising clients and tackling disputes.

Taryn completed her BJuris LLB degree at the University of Port Elizabeth (Nelson Mandela Metropolitan University) in 2000 and was admitted as an attorney of the High Court of South Africa in 2003, after completing her articles with Webber Wentzel.

During 2006 and 2007 Taryn worked as an attorney at the London firm Slaughter & May.

She returned to South Africa in 2007 to take up a position as a senior associate and then director in the corporate commercial team of ENS Africa.

From 2011 to 2017 Taryn consulted for an independent consultancy, Caveat Legal, before joining Themis at the beginning of 2018.

Taryn specialises in corporate and commercial matters, in particular the Companies Act. She is a director of both Themis Commercial Legal Advisors (Pty) Ltd and Hayes Inc.

Expertise Include:
Corporate and Commercial Law
Mergers and Acquisitions

Since his admission, he practiced as a litigation attorney in numerous commercial matters and disputes for various clients, including commercial banks, local and multi-national companies.

Hugo specialises in commercial litigation with a particular focus on insolvency law, liquidations, business rescue and related matters. He also completed an Advanced Short Course in Business Rescue Practice. He is a director of both Hayes Inc and Themis Commercial Legal Advisors (Pty) Ltd. 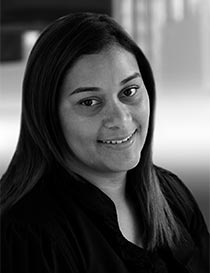 She completed her articles of clerkship with Hayes Inc. in 2011 and was subsequently admitted as an attorney of the High Court of South Africa.

Farahnaaz is a director of Themis Commercial Legal Advisors (Pty) Ltd and Hayes Incorporated and specialises in commercial matters especially in relation to the National Credit Act, 2005 and the Companies Act, 2008.

Expertise Include:
Corporate and Commercial Law
Mergers and Acquisitions
Wills and Estates 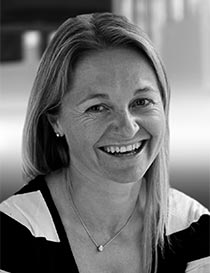 Suma de Bruyn completed her BCom (Law) LLB degree with the University  of Stellenbosch in 2000.

During 2001 she worked in the legal department of PSG Investment Bank Limited and attended the Part-time Legal Practical School at the University of Cape Town.

Suma specialises in legal matters of a commercial nature and obtained a Higher Certificate in Financial Markets and Instruments in 2003 and holds a Higher Diploma in Income Tax from the University of Cape Town.

She is a director and founding shareholder of both Themis Commercial Legal Advisors (Pty) Ltd and Hayes Inc. 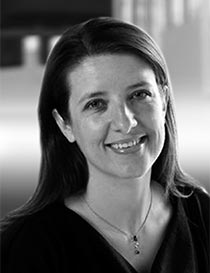 Jeanelize Fitzgerald completed her BA (Law) LLB with the University of Stellenbosch in 2000 and she was admitted as an attorney of the High Court of South Africa in 2003 after completing her articles of clerkship with Bowman Gilfillan Inc.

During 2003 and 2004 she worked as an attorney in the United Kingdom after having been admitted as a Solicitor in England and Wales.

She returned to South Africa in 2005 and was employed as an associate attorney in the commercial department of Hofmeyr Herbstein Gihwala before joining Themis Law Chambers in 2006.

Jeanelize specialises in legal matters of a commercial nature and holds a Higher Diploma in Income Tax from the University of Cape Town. She is a director of both Themis Commercial Legal Advisors (Pty) Ltd and Hayes Inc.